The adrenal glands sit directly on top of your kidneys and produce more than 150 different hormones, including: Adrenaline, cortisol, estrogen, progesterone, dehydroepiandrosterone (DHEA), and many more. The anti-stress hormone, cortisol, is the most important hormone produced by the adrenal glands. Also known as the “fight or flight” hormone, cortisol is secreted within the body when a major stress occurs, or a threat of impending harm is experienced.

Other major functions of the adrenal glands, which protect the body, include: 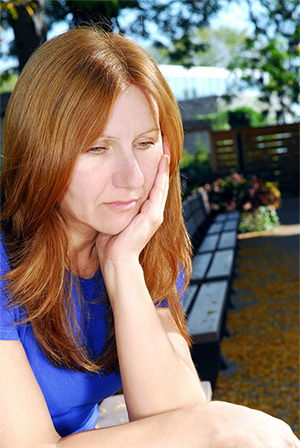 In today’s world, every day life can be extremely stressful! Adrenal dysfunction is suprisingly common, and many of us move through life not feeling as good as we could. Here are some common causes and triggers we encounter that can cause adrenal fatigue.

Imagine starting to run as fast as you can down a local street. After a few hundred yards (or feet), you begin to get tired quickly, and are unable to run as fast as you could when you started. If your adrenal is constantly stressed by all of the bad (and good) things of life, it will not be able to keep up with the demand for hormones, resulting in a decreased amount of hormones. As a result, your health and well being can be impacted in multiple ways.

How is Adrenal Fatigue Diagnosed?

The ACTH stimulation test is most commonly used for diagnosing adrenal fatigue. The test is done by measuring the levels of cortisol in the blood and urine, before and after receiving an injection containing a synthetic form of adrenocorticotropic hormone (ACTH). This hormone is produced by the pituitary gland that stimulates the adrenal glands to produce cortisol. The test is complicated, as well as potentially dangerous, and is only performed at medical centers. Dr. James Wilson has found that a presumptive diagnosis can be made without extensive testing, and easily identified through simple outpatient testing. Call Living Great today to get evaluated and find the optimal solution for your adrenal fatigue.

*Note: All testimonials are from real patients at Living great, with real experiences. We do want to recognize that results will vary from person to person.