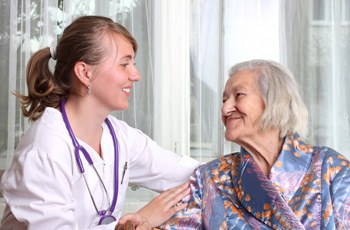 What Are They, Exactly?

To start off, both BHRT (bioidentical hormone replacement therapy) and HRT (hormone replacement therapy) deal with the replenishing of hormones needed in the body. As our body ages, imbalances in our hormones occur and cause symptoms that are uncomfortable and often rob the joy and excitement from daily life and activities. So, what’s the difference you ask? Surprisingly, enough that there is a necessary distinction that needs to be highlighted.

Hormone replacement therapy gained national attention in the last decade. The prescribed drugs for HRT to women consisted of Provera and Premarin. Aimed to restore estrogen, the estrogen was derived from the urine of horses that were pregnant. The issue with this was that the hormone derived from the horses and used for humans was not recognizable or natural to our body’s and how they function. Consequently, the body’s response to them was a dangerous. The foreign estrogen would bind to the human estrogen receptors tightly, causing them to become carcinogenic. These HRT prescribed drugs were flagged and left a mark on all hormone replacement approaches and procedures as a dangerous and ill-advised direction. As if that wasn’t alarming enough, studies are showing that HRT actually causes severe cataracts that oftentimes need to be removed, not to mention other harmful side effects. For these reasons, HRT was flagged and caught national attention.

Unlike HRT, BHRT are designed to have the specific and exact makeup of the hormones present in the human body. Quite literally, you wouldn’t be able to tell the difference between the two if you were to observe the role each of them plays. BHRT has no side effects according to medical studies. Additionally, the positive effects of BHRT include lessoned, even eradicated symptoms associated with hormonal imbalance. The health effects with BHRT are equally as exciting, promoting a protection against heart attack, stroke, and various cancers. Studies continue to be done on the result of natural progesterone in the body in regards to fighting breast cancer. So far there has been a extremely beneficial correlation between the presence of progesterone and anti-breast cancer action.

Aging is inevitable, and the side effects it brings are as well. However, the symptoms associated with it don’t have to be. Menopause and TD (testosterone deficiency) affect a large majority of those over 45, and ignite symptoms such as urinary incontinence, low libido, hot flashes, mood swings, and much more. Using BHRT to mitigate and eliminate these symptoms has proven to be extremely successful with no harmful side effects. If you’re looking into HRT in any facet, be wary of those that claim to be natural. The claims of being natural are made because they are derived from plants like yams or soy. The issue with this is still that they are not bioidentical and consequently will not provide the same results. Anytime a product is naturally derived, and coupled with a synthetic makeup, it is not “natural”, though advertised as such.

BHRT is the only hormone replacement therapy proven to be safe and effective when treating hormonal imbalance. Unfortunately, due to the large coverage associated with HRT, BHRT is still under a large amount of scrutiny by the general public. At Living Great, we strive to reverse stereotypes and clear the fog with BHRT, proving that this process is effective, safe and healthy for individuals. Hormonal imbalance is a common occurrence in aging individuals, but it doesn’t need to thwart the daily activities and lifestyle you enjoy. Dr. Calvin T. Wilson II is passionate about helping people achieve and maintain a healthy lifestyle as they age. Hormonal imbalance is not the end, but simple a speed bump. With proper treatment and coaching, individuals will see powerful results.

Living Great is here to take the journey of hormonal imbalance with you. We specialize in both male and female treatment, including weight loss, thyroid and adrenal treatment. Contact our offices today to schedule a consultation. You don’t have to be a victim of your hormones, take back the time you’ve lost.